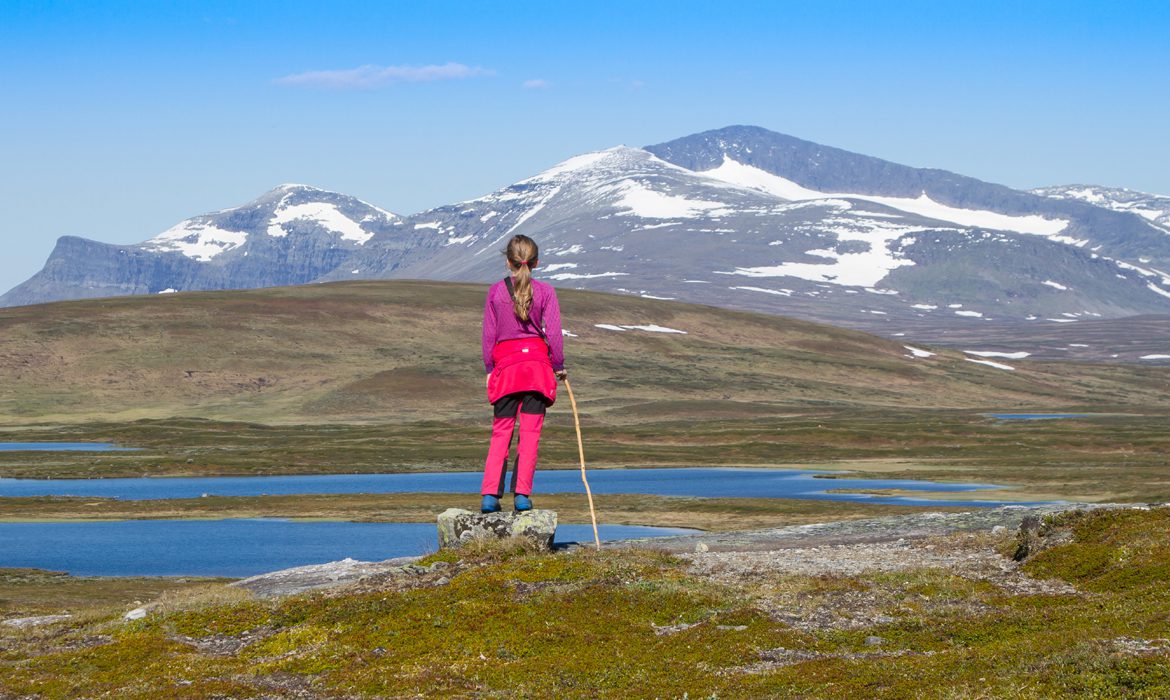 The villages Storsjö and Ljungdalen form the gateway in summer and winter to the Helags mountains and the Sylarna massif for hiking and nordic skiing. Helags is the highest peak of Jämtland Härjedalen (1 797 m. a. s. l.) and together with Sylarna this is the southernmost high mountain area of Sweden. On the eastern side of Helags there is a glacier – the southernmost of Sweden. In these mountains there is a good chance to see the Arctic Fox – join a guided tour from the Helags Mountain Station .

Ljungdalsfjällen is part of Saepmie and you are most likely to catch a glimpse of the shy reindeer in this area. There are more than 60 lakes and miles upon miles of wild streams including the Sölvbacka streams which are well known to Swedish fishermen. The road connecting Ljungdalsfjällen to Destination Funäsfjällen in the south is Flatruetvägen over the bare mountain. This road is Sweden´s highest situated common road. Accomodations in the area are available in cabins, bed & breakfasts and hostels.

Ljungdalsfjällen is in the Municipality Berg and at the same time in the Swedish landscape called Härjedalen. 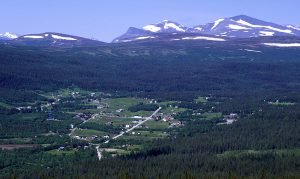 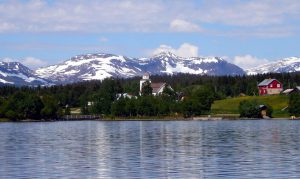 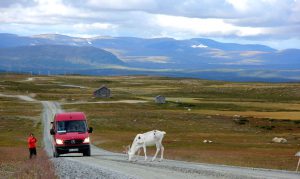 By car or bus. Trains to Östersund railway station. Fly to Åre/Östersund airport, Svegs airport or Trondheim Vaernes airport and transfer by taxi or rental car.

Destination Ljungdalsfjällen has has an authorized Tourist Information.

E-mail to the Tourist Information in Ljungdalsfjällen 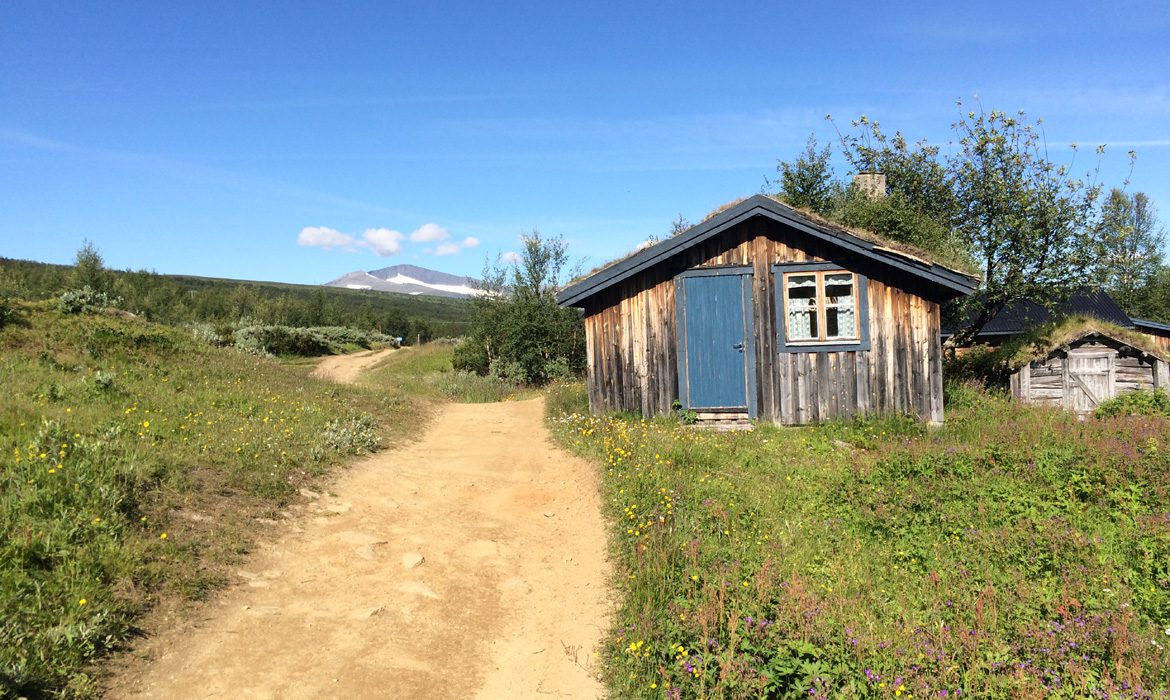 The holy mountain Helags is the highest peak among the Swedish mountains south of the Arctic Circle and offers a lot more than just hiking. Helags is home to: Sweden’s southernmost glacier, 600m long and 50m deep, adorable Arctic foxes and some of the most breath-taking views of the panoramic mountainside.  It’s an easy day trip to the Helags Mountain Station and you don’t need more than a good set of hiking apparel, since the station holds a restaurant and rooms for the night. The hike is one of the World´s best according to the National Geographic.

HELAGS – A GEM AMONG THE SWEDISH MOUNTAINS

Hiking in the Swedish mountains has the ability to quieten the soul, it’s like stepping into another world and finding an inner harmony. Every cell in the body simultaneously calms down, yet awakens at the same time. Helags mountain range is no different yet offers an added bonus; this region of the Swedish mountains offers the chance to see Sweden’s only arctic predator – the Arctic Fox.

Leaving the parking lot, a light breeze rustles the leaves of the birch trees and carries the faint scent of the seasonal flowers in their bloom. Summer arrives late in these mountainous regions of Sweden and the pathways up the mountain are framed with a bouquet of various plants, some even suitable for medicinal treatments.

The surrounding forests shields us from whatever direction the wind blows and after a short walk we arrive at a sandy beach near a lake called Kesusjön. From this vantage point we get the first glimpses of the frozen giant ahead of us, the gem among Swedish mountains; Helags. The enormous expanse with the characteristic horse shoe, blue coloured glacier. The glacier is the southernmost glacier in Sweden, but in the last 65 years has shrunk by a third in its size. It still remains imposing as ever as it looms like a postcard in front of us. 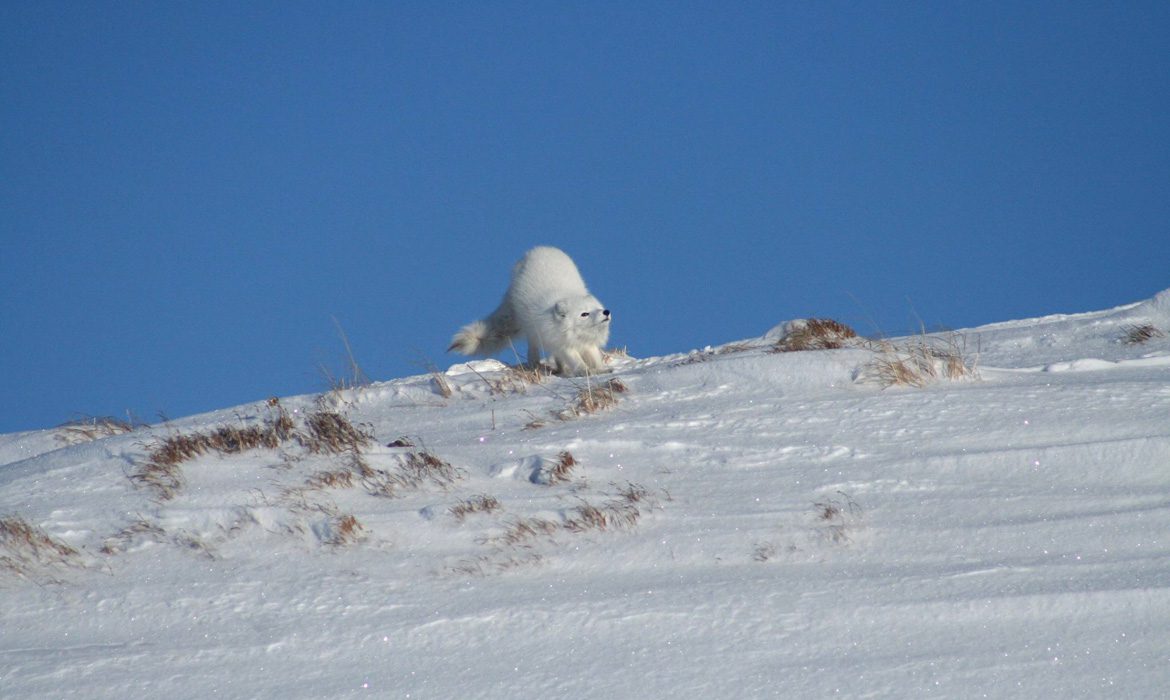 The summit of Helags provides the essence of what the whole area and the Swedish mountains is about. It’s easy enough to climb, yet provides enough of a challenge that makes the view from the top so worth it. The summit proudly towers over the smaller surrounding peaks, deceptively easier to reach despite its height or profile. Leaving the base at 1000 meters above sea level, the climb around the top of 1,796 metres takes around 4 hours over rocky terrain, while never being too steep. So there is no need for proper climbing gear.

National Geographic has placed the Swedish mountain Helags on its list of the 10 Best Artic Touring Peaks, stating the diversity of its nature and culture as the key attraction. The area has been used by the Sami and as traditional reindeer grazing for eons and the chance of bumping into a reindeer on a hike or while skiing in these terrains is almost guaranteed. It makes for picturesque photography, catching the silhouette of a mother and her calf against the stark blue skyline. Be mindful not to disturb them, after all you are visiting in their mountain territory. 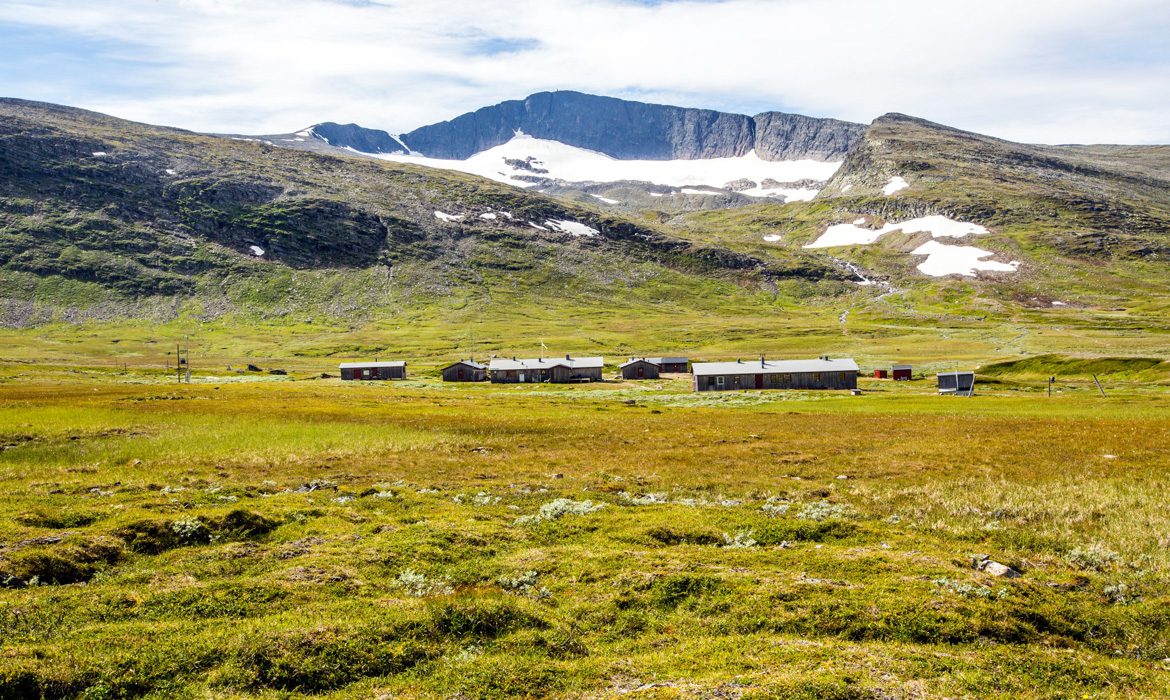 The paths winds itself out of the forests into the thinning line region as we climb higher. The climb is no match for the path that has over hundreds of years, ground its way under people’s feet. Before then it was the reindeers that forged the pathways that even today still are the nomads in the Swedish mountains. A handful of the hikers we meet break the typical image of hardened outdoors folk; grandparents taking their four year old grandchild on a day trip, a family with young boys who prefer running around the slopes, bearing reindeer horns like discovered treasures they found littered along the mountain.

At 1000 meters above sea level, on the plateau, lies the Helags mountain station, first built in 1897 and later expanded with additional cabins. It was intended to serve as a base for climbers before heading up to the top of Sylarna and Helags. These days the station bustles with life with all sorts of visitors, from those on an Arctic fox safari or winter alpinists hunting the quintessential Swedish mountain top.

THE BEST OF THE SWEDISH MOUNTAIN HELAGS

By car – parking at Kläppen.
Flights to Åre/Östersund or Sveg or travel by train to Östersund or Åsarna via Inlandsbanan – travel onwards via coach to Ljungdalen, taxi or hike seven kilometers from Ljungdalen to Kläppen.

… over the white landscape with only the dogs’ tapping in the snow breaking the silence.
Those who come here often come back! Great scenery and endless trails await you. The area offers many alternatives. 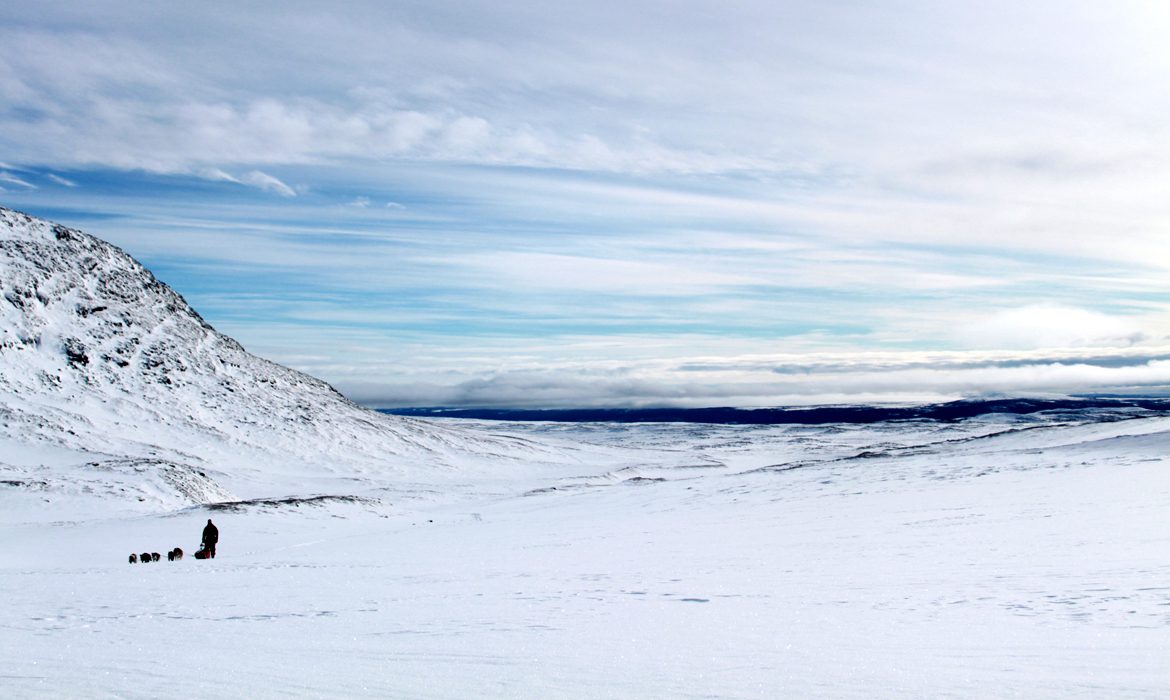 We want sled dog teams to follow these rules:

Since the snowmobile trail fee was raised, objections have come from mushers about a more reasonable fee for dog sledding. We have therefore, in Ljungdalsfjällen, decided to take a seasonal fee per sled of SEK 395 during your stay in the area. The fees will be used primarily for the improvement and maintenance of winter trails.

WELCOME TO A GREAT EXPERIENCE!